This morning at 7am we head out to Mutianyu Great Wall. We left early per recommendation of our guide "John yellow car" to beat the traffic and we did that. We were one of the first people on the wall.

We took a cable car to the Great Wall and than hiked for the top. It was very steep in places and some places were not so safe especially when you have 3 year old. Neverless he had fun and when he got tired, we just moved him to the carier. Look at the picture here. Do you see the thin line behind us? Yep, that is Great Wall and we hiked most the way up the hill.

I am not sure that I was completely prepared for this beauty. Pictures can not describe it's beauty and enormous size. It was just spectacular. I would recommend everyone to come and visit Great wall. All the mountains arround were very pretty. We climbed until the sign said not for tourists. It was steep climb, but for people who do some excercise it was not problem at all. Also we got on the wall pretty early, it was already hot up there and I can imagine how bad it might be couple hours later. So here are some pictures:

Marco is making friends with locals again. He did very well on the Wall. He hiked at least half of it.

Hongluo Temple
On the way back from Great Wall (about 2 hours drive to Beijing) we stopped by Hongluo Temple. This Temple was first founded arround 330, than redone, burned .... until today when it is part of Hongluo Mountain Park. It surrounded by bamboo's, flowers and beautiful pathways. 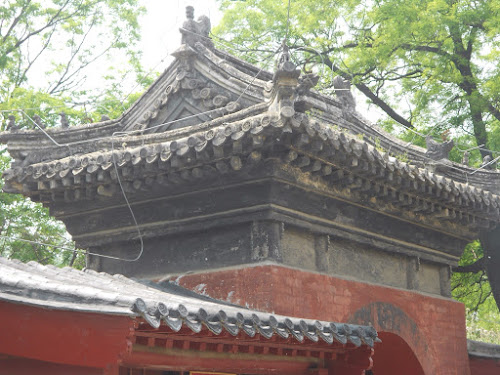 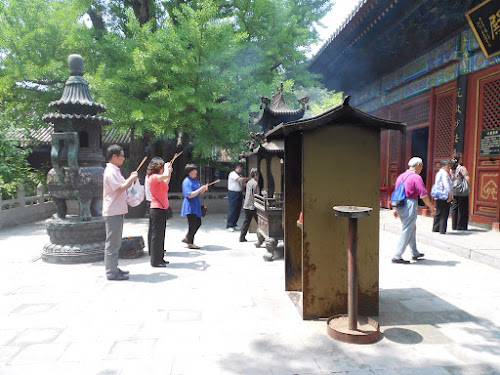 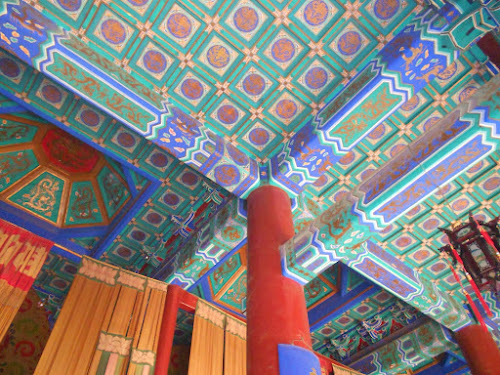 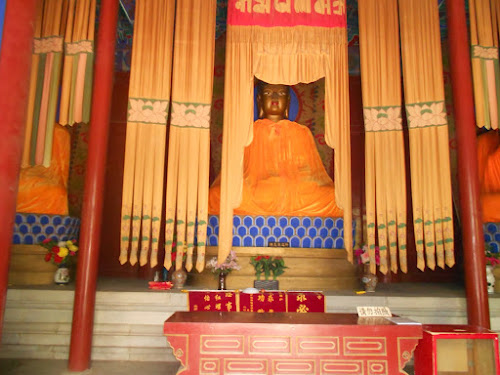 And there were 2 other Pagoda's in this park. Well as you can see it was way up the hill and probably a lot of steps. Some of you know me enough to know that I try to keep myself in shape and do not give up and I did. We were tired from the steep Great Wall hike.

Night, night to all of you - actually Good morning to you on the other site of the planet.